“Le Basi” can be considered an evolution of the individual company founded by Marco Tomasi which is now managing partner of the society. Marco, former entrepreneur in the publishing world, after a “period of purification of mind and soul,” as he himself relates, ( he spent with his wife Laura and their children Rebecca and Sabastiano a whole year on a worldwide journey by sea), decided to settle with his family in the old farmhouse purchased a few years earlier. To build a solid foundation on which to start this new adventure he took a degree on Herbal Medicine at the Faculty of Agriculture of Ancona.

After few years the farm obtained the certification in Organic Farming and developped the cultivation of cereals, medicinal plants, poultry and sheep farming, and at last the family created a small farmhouse. And it is right here that happened the meeting with Paolo Gasparoni, his wife Arianna and their two daughters Alice and Sarah.
Paolo has a very long experience in cooking, graduated at the Catering College in Senigallia (AN), he managed for more than 20 years a pizzeria in the historical center of Ancona.
But Paolo and Arianna dreamt a different life for their family, a life where relationship wih nature between humans return to be based on respect, solidarity, love and not on mere economic opportunities that have so degraded our inner and outer world.

So there was an ideological affinity, a certain empathy and sympathy arose immediately between the two families, remained the core of how to make them survive in agriculture. It developed naturally as a seed that finds fertile soil, combining their past experiences they decided to give life to the company’s bases.
It was agreed then that the new reality in addition to the farm activity would have created a laboratory of transformation, now operating at the company, in order to produce biological bases for pizzas cooked and packaged in a protective atmosphere using mainly corporate product. 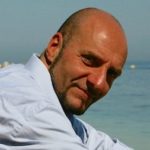 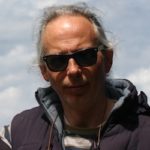